The L’Enfant Trust’s Historic Properties Redevelopment Program is D.C.’s first nonprofit real estate developer with a primary mission of historic preservation. By focusing on very distressed properties, the Trust brings vacant buildings back to productive use, generates high-quality housing stock for the community, and takes on historic rehabilitation that would not be economically feasible for a homeowner or a for-profit developer because the rehabilitation costs exceed fair market value.

Our current rehabilitation projects will be sold to moderate-income families such as teachers, health care workers, and government employees that serve the community but are often priced out of the District’s expensive housing market.  Our work supports the efforts of neighborhood residents, community organizations, and the District to provide a wide variety of much-needed housing and to ensure that the irreplaceable fabric of historic neighborhoods in all eight wards of our nation’s capital are not lost. 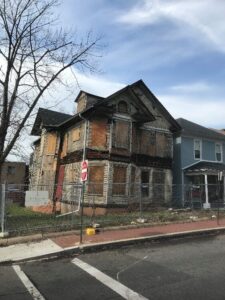 Built in 1902 as a two-family dwelling at 431 Spring Street (now 1220 Maple View Place, SE). The developer, H.A. Griswold, was president of the Anacostia and Potomac River Railway and had a significant impact on the development of Historic Anacostia, then known as Uniontown. He was also a friend and colleague of Frederick Douglass.

In late 2005 and early 2006, a new foundation was laid in the back two-thirds of the home with original brick remaining towards the front. The property is a great example of Queen Ann Victorian architecture found mostly in the south end of the neighborhood with protruding bays, curved windows, shingle and clapboard siding, and a grand wrap around porch.

The Trust is currently working with the Anacostia community to develop a viable end-use for the rehabilitated property, affectionately known as "Big Green".

Scroll below to see more photographs of the property. 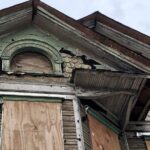 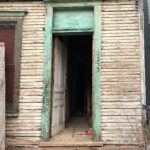 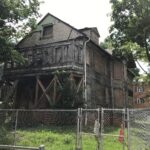 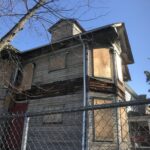 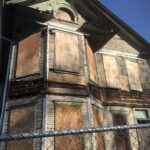 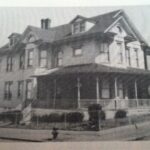 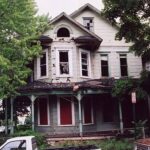 These projects would not be possible without the generous support of The 1772 Foundation.